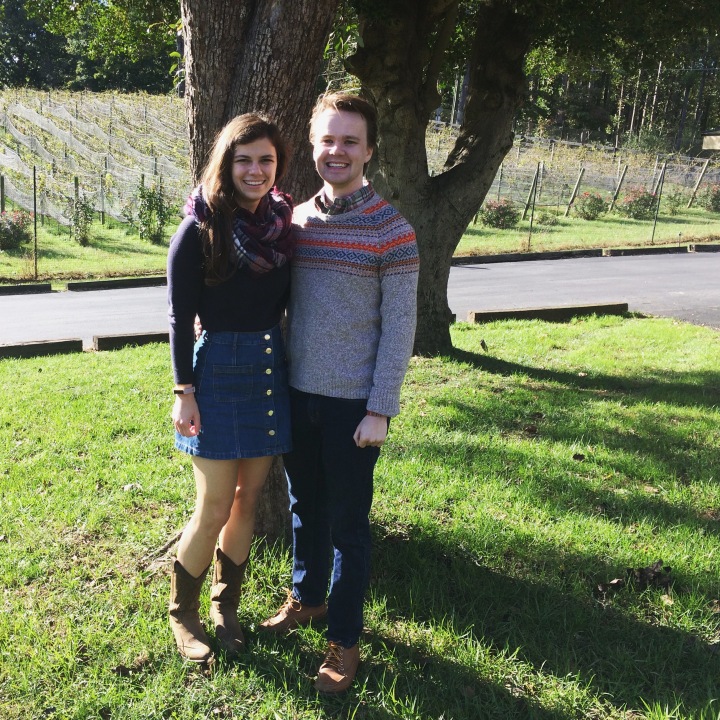 I finally reached the halfway mark on my DC Bucket List! (I did originally say I would do all these in a year, but clearly that hasn’t happened.) I was ready for a *fall* activity and H and I had been saying we would visit the winery where my cousin’s girlfriend works for ages. My cousin’s girlfriend said she would love for us to come see her at work, although my cousin was in Richmond and couldn’t join us.

The winery is in Clifton, VA, which was less than an hour away, about the same distance as Cana Vineyards.  We listened to John Denver and enjoyed driving through Fairfax County, where the leaves had just started to change. To get there, we drove through the town near the winery, Clifton, which has an adorable Main Street with restaurants, churches, and a general store. On Saturday afternoon the town was bustling with activity—we even saw a wedding party dressed up in Viking costumes outside a quaint church. The winery was just outside Clifton. 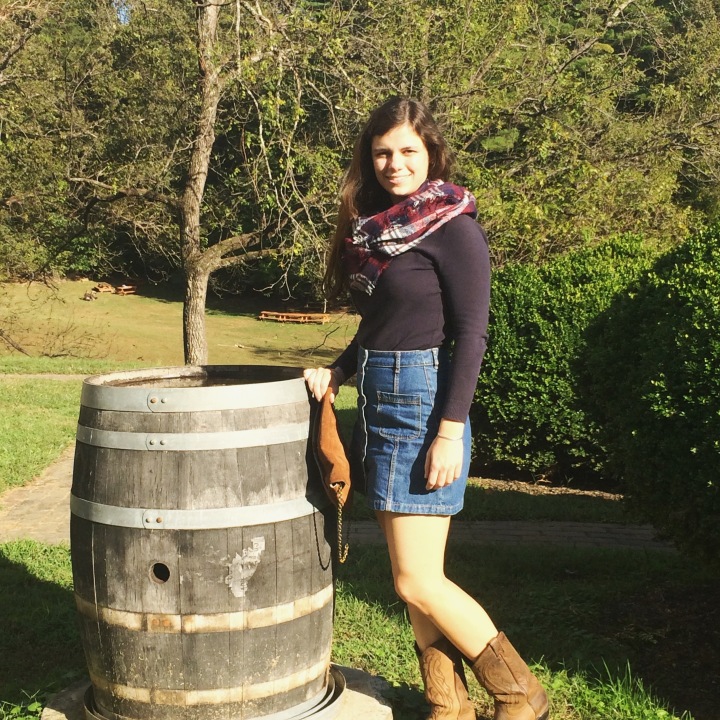 We parked and walked across the sloping grounds of the winery past vineyards, a cabin, and a barn to get to the tasting room. People were all over the grounds, sitting on terraces or picnic blankets on the lawn with glasses of wine. Inside the cavernous tasting room we saw even more people tasting wine and listening to live music. I thought we wouldn’t be able to find my cousin’s girlfriend, but she spotted us and ran over to greet us.

Our plan was to do a wine tasting, then walk around the winery. My cousin’s girlfriend found a sommelier for us, and we tried several fabulous whites, a few reds, and a great rosé(I know it’s not roséseason anymore, but that won’t stop me from enjoying it). Afterwards, my cousin’s girlfriend took us on a tour of the winery—I loved hearing about the vineyard’s history, seeing how the wine is made, and looking at pictures of their wine winning the Governor’s Cup. The owner of the winery lived on the premises for a long time in the cabin, which was cool. It was so fun to hang out with my cousin’s girlfriend, since I live near her and my cousin but it’s hard to find time to see each other. She loves her job, and it was great to have her show us around the winery! 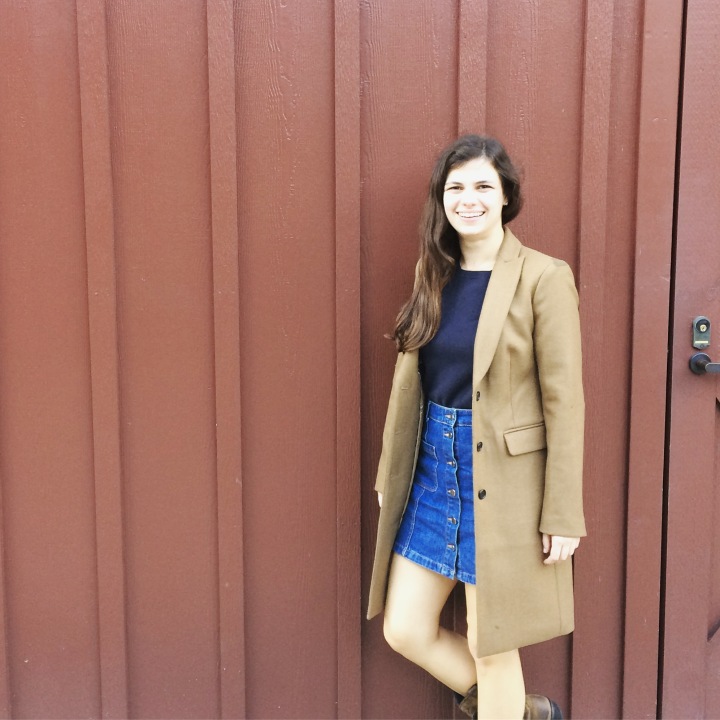 I decided to wear a skirt but add layers, since I wasn’t sure how cold it would be or if we would spend a lot of time outside. I started with this plain navy sweater and denim button-front skirt, then added a red-and-blue plaid scarf for warmth and cowboy boots since we would be walking through the grass. I wore my camel coat on top, which I definitely needed when the sun started to go down. I was happy with the “fall” feel of the scarf and boots, and I can see myself wearing variations of this outfit, like a brown button-front skirt instead of the denim one or a burgundy or gray sweater instead of the navy sweater, for the rest of fall. 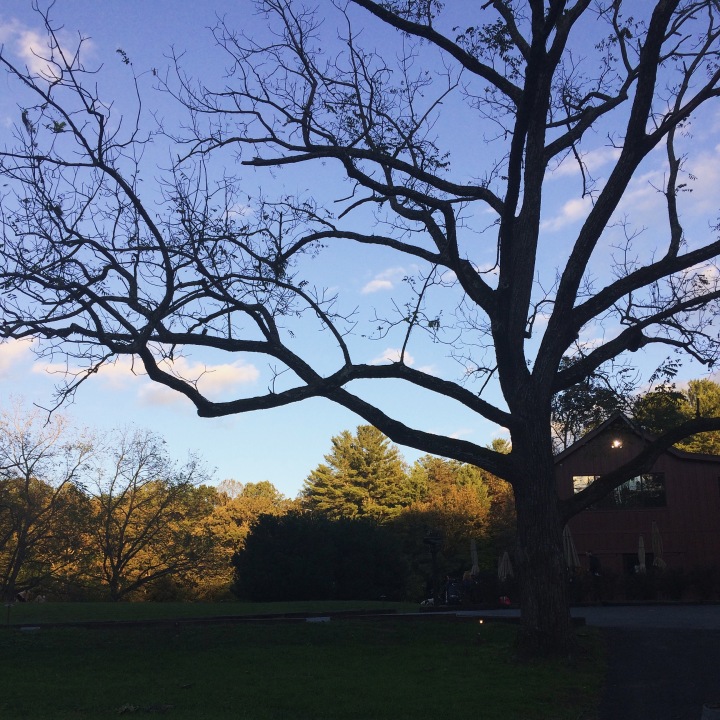 What are your favorite wineries near DC? Let me know in the comments!